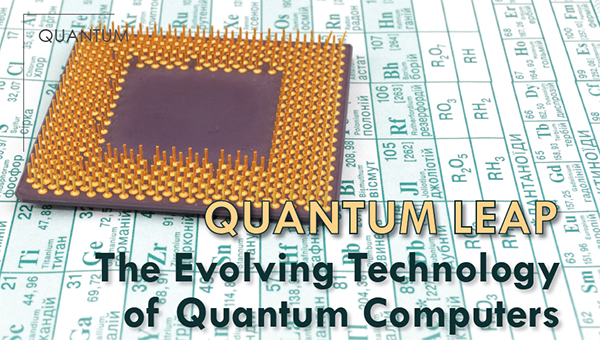 The continual growth in computing power that we have taken for granted for decades has an ultimate limit, at least given current technology. Moore’s Law, an observation that the number of transistors on integrated circuits doubles approximately every two years, has been said to be on the verge of foundering many times in the past, but whatever apparently insurmountable obstacle it has faced, in the end, has been surmounted. Never before, though, has the rule been up against such absolute physical limitations. Gordon Moore himself has said that, “In terms of size [of transistors] you can see that we're approaching the size of atoms, which is a fundamental barrier.” The 2010 update to the International Technology Roadmap for Semiconductors predicts transistor growth will begin in late 2013, after which transistor counts and densities will double only every three years. Moore’s Law is a prediction about transistor counts, but what we’re really concerned with is the performance it entails. If it is possible to continue the exponential growth of computational power without actually following the letter of the law, no one is likely to be upset.

Computing with Qubits
Enter quantum computers. What is a quantum computer? Unlike classical computers, which are based on transistors, quantum computers make use of quantum mechanical phenomena, such as superposition and entanglement, to represent data and perform operations on data. Consider a particle with two spin states, “down” and “up.” These might be thought of as the equivalents of binary code’s “0” and “1,” except that, through superposition, this particle (known as a qubit) spins in both directions at once—that is, exists as both a QUANTUM LEAP “0” and a “1” simultaneously. This property, known as quantum parallelism, gives quantum computers a tremendous edge in computing power over classical computers, allowing them to work on literally millions of calculations at once. How exactly this happens gets to very fundamental questions of quantum mechanics. One prominent theory, known as the many-worlds interpretation, holds that these extra computations occur in other universes, though some theories suggest that multiple universes are not necessary to explain this phenomenon.

But this strength of quantum computers is also a drawback. One of the peculiarities of quantum mechanics is that this state of superposition exists only until the particle in question is examined, then it collapses into a single state—a process known as quantum decoherence. The challenge, then, is to design a way of allowing the qubit to continue making calculations until the point at which it can drop out of the quantum state and be measured, with that result passing to the other qubits involved in the calculation. Entanglement, another property of quantum mechanics, holds one potential solution. Entanglement provides that two atoms can, through certain physical processes that might be applied to them, become entangled, such that one will take on the properties of the other. The instant one is disturbed, it will assume one spin direction, and at that same instant, the second atom will assume the opposite spin direction. This allows scientists to determine the value of the qubits without examining them directly.

Practical Applications
There are many applications for which quantum computers hold particular promise. Cryptanalysis is one such application. With quantum computers, the number and complexity of operations necessary to unencrypt data could be performed in a fraction of the time required by traditional computers. Another is in the analysis of the vast volumes of data generated by the sort of large-scale scientific experimentation occurring at places like CERN, home of the Large Hadron Collider. These machines produce many gigabytes of data each second. Much of this data is background noise that is irrelevant to what scientists are seeking; however, just sorting the wheat from the chaff is a tremendously complex task—one for which classical computers are proving less equipped the more complex the research grows. Quantum computers could also be used to search large databases orders of a magnitude faster than classical computers.

Challenges
One of the most significant barriers to making quantum computers practical outside the lab has been preserving qubits for an extended period of time. Researchers at the University of Oxford recently succeeded in extending the record from a few seconds to a full three minutes by suspending phosphorous atoms in an extremely pure form of silicon, where they behaved as if they were in a vacuum—that is, they hardly interacted with the medium at all. Prior to this, the only methods of preserving qubits for extended periods required operating under vacuum or in liquid or gas phase mediums, which obviously limits the potential applications. Another challenge has been sustaining qubits at room temperature. But in April 2012, a multinational team of researchers from the University of Southern California, Delft University of Technology, the Iowa State University of Science and Technology, and the University of California, Santa Barbara, constructed a two-qubit quantum computer on a diamond—a method that could be scaled up in size and functionality at room temperature.

A Promising Future
As for the effect that scalable quantum computers would have on the vacuum industry, it may be too early to say. When it comes to physically implementing a quantum computer, the number and variety of possibilities being pursued (from silicon-based to diamond-based to rare-earth-metal-iondoped inorganic crystal-based) show that the technology is still in its infancy and widely adaptable to many physical implementations. Surely, though, no matter the form that ultimately prevails, a vacuum will be used at many points in the production of a technology requiring such precision and environmental control. 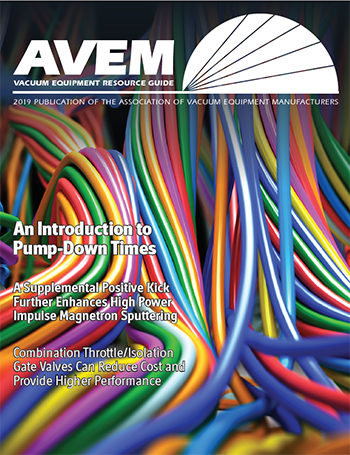 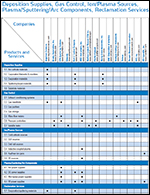 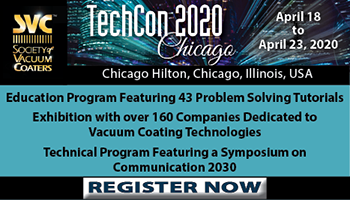